Aliso Viejo is a city in the San Joaquin Hills of southern Orange County, California. The population increased from 40,166 at the 2000 census to 51,824 at the 2021 census. On July 1, 2001, it became Orange County’s 34th city, the only city to be incorporated in Orange County since 2000. It is bordered on the west and southwest by Laguna Beach, on the east by Laguna Hills, on the southeast by Laguna Niguel, and on the north by Laguna Woods.

The city encompasses a total land area of 7.5 square miles (19 km2) Aliso Viejo is among the cities that border Aliso and Wood Canyons Regional Park. Wood Canyon Creek forms part of the city’s western boundary, while Aliso Creek forms part of the city’s southern boundary with Laguna Niguel. The majority of the city is situated on the east slope of the San Joaquin Hills, a coastal mountain range that extends approximately 15 miles (24 kilometers) along the Pacific coast. 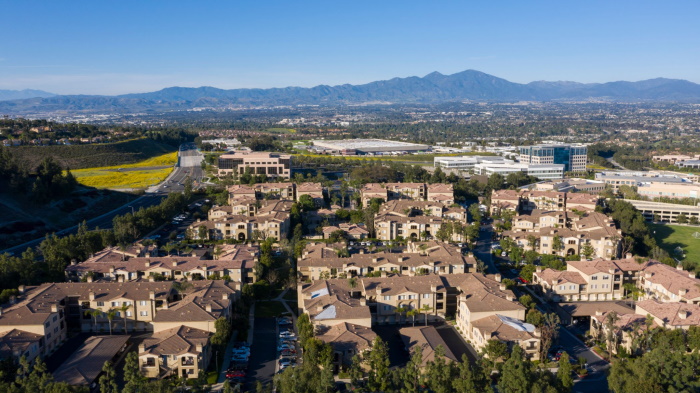 Aliso Viejo is a popular place to live due to its award-winning schools, attractive neighborhoods, and fabulous shopping, dining, and entertainment options. The City, which is consistently ranked as one of the safest cities in the country, features undulating hills, valleys, and picturesque views of mountains, streams, parks, and city lights.

Aliso Viejo incorporated on July 1, 2001, becoming Orange County’s 34th city due to the efforts of the Aliso Viejo Cityhood 2000 Committee, which was responsible for placing an initiative on the ballot for the 2001 special election. The initiative was approved by a vote of 93.3% in favor of incorporation.

The City of Aliso Viejo is a master-planned community with a balance of residential neighborhoods, community parks, facilities, and schools, as well as an appropriate mix of commercial, office, and retail uses. The city is home to the headquarters of a number of major corporations, and the surrounding area offers an abundance of employment opportunities and extensive recreational amenities.

Additionally, the city has access to the Orange County trail network. Wood Canyon Wilderness Park is home to numerous endangered and rare plants and animals, as well as mature oaks, sycamore, and elderberry trees and year-round streams. An abundance of parks and trails, cultural and recreational activities and youth sports programs improve the quality of life in a community with a long-term vision.

Aliso Viejo’s motto, “Live Life Inspired,” is reflected in the community’s ranking as one of the best places to live and raise a family in the United States.

Destination will be on the left 233 ft